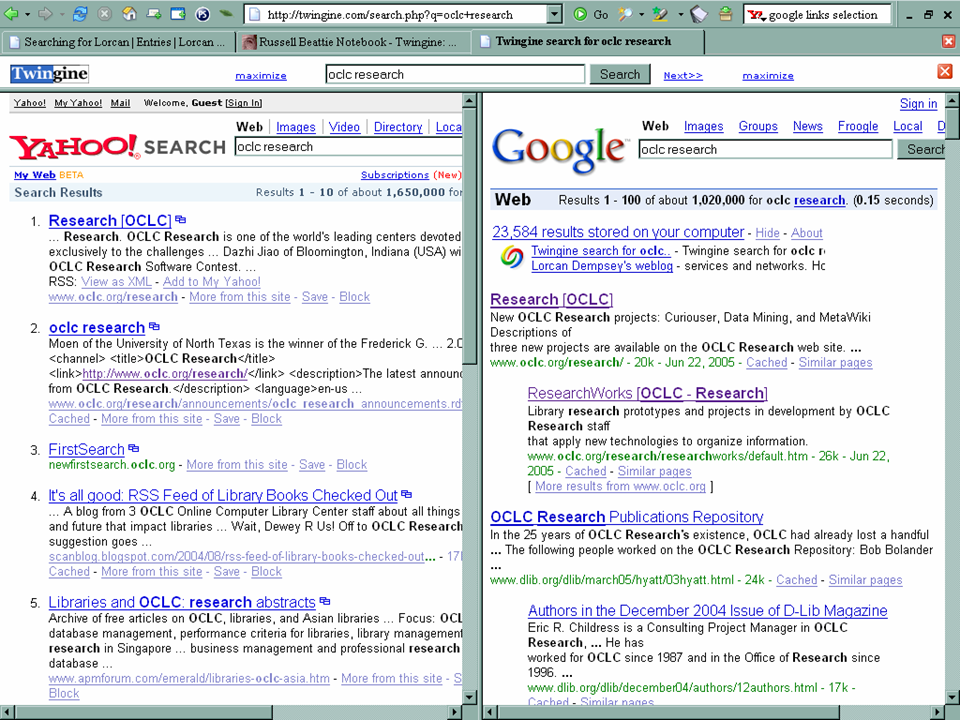 I may have to switch to Yahoo! Search as my default search engine. Searching in Twingine for lorcan puts me as the number one Lorcan in Yahoo! and the number two in Google 😉
Twingine allows you to search Google and Yahoo! Search at the same time. It brings each up in a vertical plane side by side. Distractingly, at intervals it switches which side each is on: Google on the left, Yahoo on the right; Yahoo on the left, Google on the right.
It is interesting to see the number of hits reported: on the searches I tried, Yahoo! Search showed higher numbers of hits, although of course one does not know what this means.
See the analysis on TNL.net Weblog of coverage of Blogs by Yahoo!, Google, and Technorati which has been noted in several places. As Tim Bray notes it is not clear what to make of the numbers.
I used to take a stronger interest in the number of search results and links reported as a way of tracking interest in our website as we improved its currency and coverage. However, we became less clear what we were looking at and what caused shifts in numbers so don’t tend to track it so closely now.
Twingine via russellbeatie.com.