I was talking to Carole Moore, Chief Librarian of the University of Toronto Libraries, recently about Robarts Library, described by Wikipedia as one of “the most significant examples of brutalist architecture in North America”. 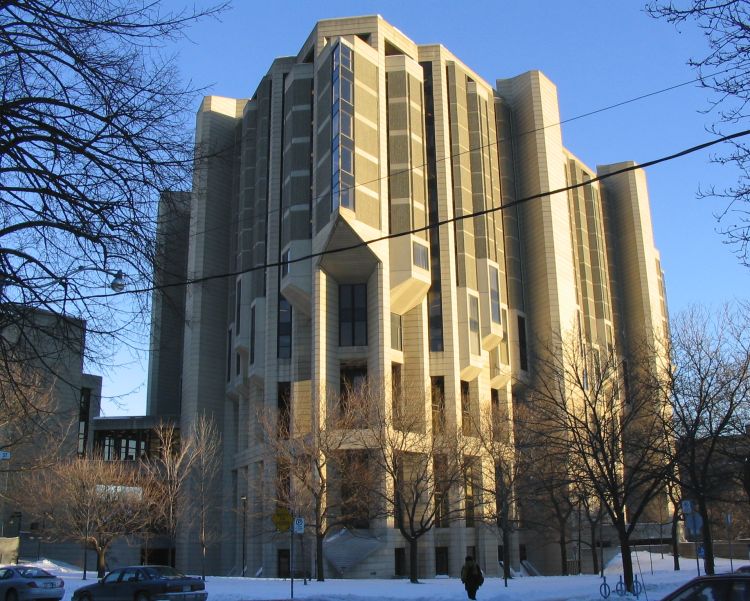 Curious, I followed the Wikipedia link to brutalist architecture. I was interested to find several libraries mentioned there alongside Robarts.
In fact, pride of place in the article is given to the striking Geisel Library at the University of California, San Diego. It notes that it “is one of the most famous examples of brutalist architecture, and has been featured in a number of science fiction movies”. 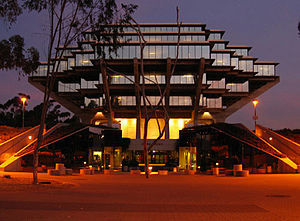 As is the Folsom Library, Rensselaer Polytechnic Institute …

… and the Regenstein Library at the University of Chicago.

Several other libraries are mentioned.
The entry also gives one reason why there are so many examples:

In the late 1960s, many campuses in North America were undergoing expansions and, as a result, there are a significant number of Brutalist buildings at American and Canadian universities, beginning with Paul Rudolph’s 1958 Yale Art and Architecture Building. [Wikipedia – Brutalist architecture]

And of course the latter houses a library. A few moments thought will uncover others (Glasgow University Library, for example).
Examples are not limited to academic libraries only. Birmingham Central Library comes to mind, whose “inverted ziggurat form”, Wikipedia says, “is a powerful example of the Brutalist style”.
Anyway, back to my conversation with Carole. I suggested that there might be interest in a calendar of Libraries in the Brutalist style. There certainly seem to be enough to handsomely fill out all twelve months and more. I would certainly buy one 😉
p.s. I regularly drive past the oddly striking Ohio Historical Center building in Columbus, which is brutalist in style and seems very much of its time.
p.p.s. The Wikipedia entry notes that much of the Belfield campus of University College Dublin is brutalist in style. I always liked the Wejchert buildings there, from when I was a student, although they have changed internally over the years. 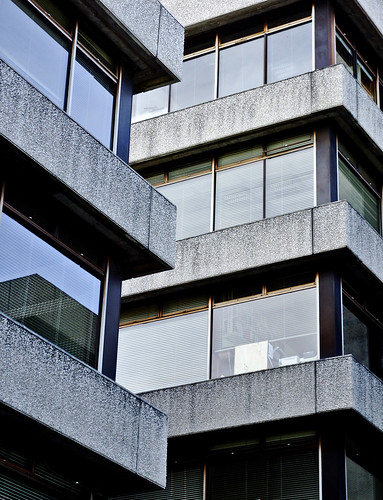 Arts building, UCD. Alun J Carr. Attribution-NonCommercial-NoDerivs 2.0 Generic.
Library pictures above are from Wikimedia Commons and link through to sources there.