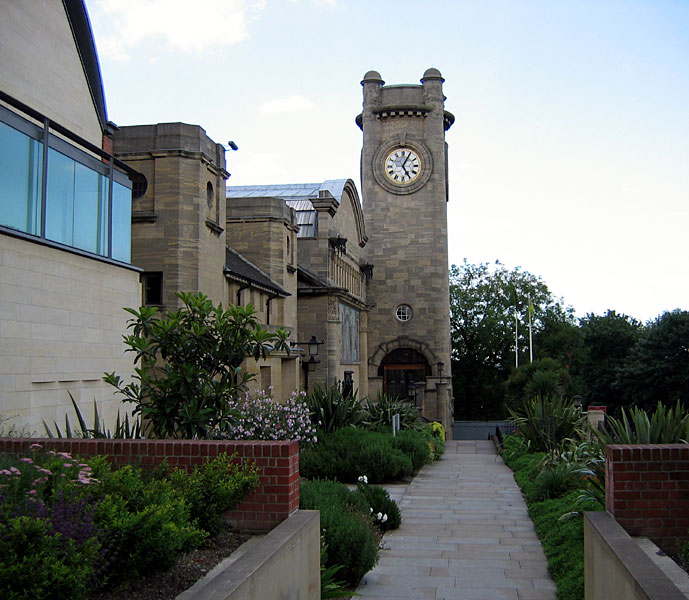 The British Library has an exhibition on London and its maps. There is a ‘curator’s blog’. And there I read:

Pretty fancy. They also use Google Maps to help organize a virtual exhibition.
And there is more. I enjoyed the video journeys through London, hung around a very nice conceit::

The story-line for each journey, portrayed through cabbies’ voice-overs, is based on the idea of ‘appearances’. Appearances are the occasions when trainee taxi-drivers are tested by an examiner. [Videos]

I particularly enjoyed the trip through South East London, where we lived for a while, starting out from one of our favorite places, The Horniman Museum (pictured), and finishing up at the British Library. En Route it passes, alongside much else, the notable Peckham Library [wikipedia], the Imperial War Museum, and a wall plaque for Charles Babbage. There are accompanying learning activities and a book.
I have not seen the physical exhibition at the British Library: this is an imaginative and engaging set of web presences which makes me want to see it.
Coda 1. The blog also talks about the importance of immigration to London and the role of maps in illustrating social issues and conditions. It points to a feature in the Guardian some time ago which uses maps to illustrate London’s ethnic diversity (it claims that London is the world’s most diverse city). Somthing that is on display in the video cab journies.
Coda 2. I mentioned another National Library exhibition a while ago, that of the National Library of Ireland on the life and works of W.B.Yeats. That was an engrossing exhibition with a meagre web presence. The Horniman Museum was founded by tea merchant Frederic Horniman [wikipedia]. And of course, his daughter, Annie Horniman [Wikipedia] [fuller biographical history from collection description of the Annie Horniman Papers at the John Rylands Library on the Genesis website] was a friend of Yeats and, importantly, financially supported the establishment of the Abbey Theatre.