Layar created a ripple of interest a while ago. It is yet to be released. It is an application for Android based phones which will allow data from various partner resources to be ‘layered’ over the view through a camera phone. Partners discussed include banks (for ATMs), realtors, and a social network site with data about venues. They describe it as an augmented reality application: objects viewed through the camera may be augmented by data about those objects.

Layar is derived from location based services and works on mobile phones that include a camera, GPS and a compass. Layar is first avaliable for handsets with the Android operating system (the G1 and HTC Magic). It works as follows: Starting up the Layar application automatically activates the camera. The embedded GPS automatically knows the location of the phone and the compass determines in which direction the phone is facing. Each partner provides a set of location coordinates with relevant information which forms a digital layer. By tapping the side of the screen the user easily switches between layers. This makes Layar a new type of browser which combines digital and reality, which offers an augmented view of the world. [Sprxmobile – Layar] 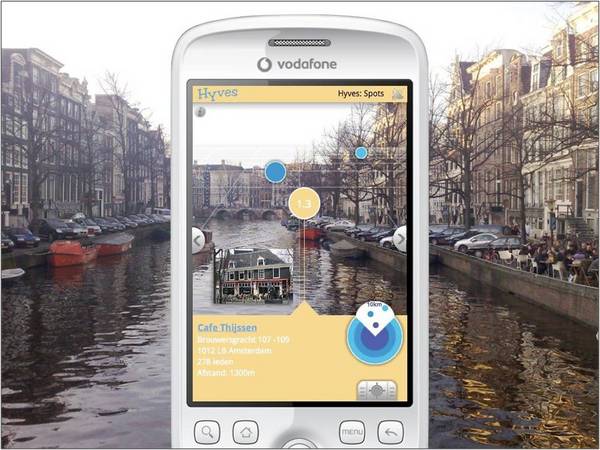 [image: layar.eu via Tito Sierra M-Libraries 09 ppt]
Tito Sierra referenced Layar in his presentation about WolfWalk, project, at the Second M-Libraries Conference in Vancouver last week. WolfWalk is a pilot project at NCSU as I mentioned the other day. It is working on an iPod application which aims to create what Tito called a ‘geomobile collection’. Here is what the project pages say:

A pilot project to create a mobile application that enables users to explore NC State campus history using a location-aware map-based interface. The application supports a map view (using Google Maps) with geotagged placemarks for approximately 60 major sites of interest on the NCSU campus, and a browse view for quickly locating a known site by name. Each site has several historical images associated with it that are sourced from NCSU Special Collections Research Center digital archives. [WolfWalk] 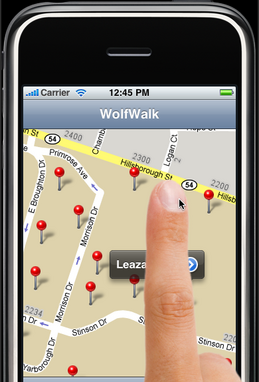 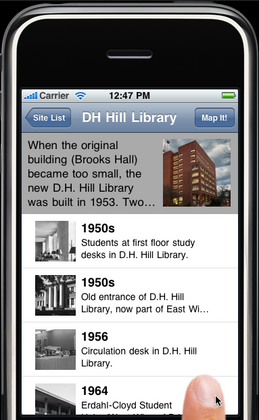 Tito discussed how they thought this would be of interest to alumni and was careful to describe it as a modest proof-of-concept. I thought it succeeded very well in demonstrating his contention that the challenge is not just to provide small-screen versions of digital collections but to leverage the capabilities of new mobile technologies to provide new ways of experiencing those collections. In this case, the collections augment the experience of the buildings on campus by providing historic context at the point of interaction; at the same time, the app provides a map-based approach to digital collections.
The screencast and powerpoint presentation are well worth a look. The WolfWalk pictures above are screenshots of the screencast.
Mlib09

The presentation Two Metadata Directions looked at metadata trends, including entification and pluralization. Here are the slides, video and a link to a fuller discussion.
Lorcan Jul 29, 2021 2 min read
Systems

A reservoir not an ocean - visualizing and operationalizing collective collections

When I think of the Google Books initiative now, three things stick with me. The first is simply what an
Lorcan Oct 3, 2018 7 min read