The experiential gap: that Rhino again

Stephen Abram gave a lively presentation to OCLC Members’ Council on Sunday night. Several times he remarked that somebody has to have tried a service, Second Life or Facebook for example, and ‘had the experience’ if they are to speak sensibly about it. This reminded me of a favorite image which I have used a couple of times here before and which bears continued repeating 😉 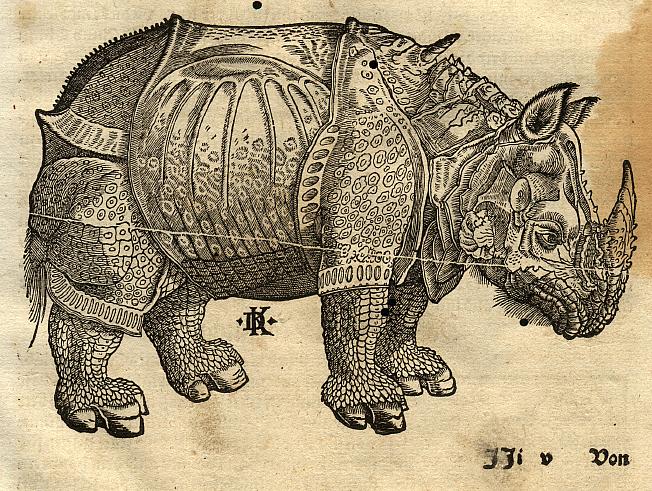 I worry about the experiential gap between people who have immersed themselves in games, and people who have only heard secondhand reports, because the gap makes it difficult to discuss the meaning of games in a coherent way. It reminds me of the way the social critic Jane Jacobs felt about the thriving urban neighborhoods she documented in the sixties: “People who know well such animated city streets will know how it is. People who do not will always have it a little wrong in their heads – like the old prints of rhinoceroses made from travelers’ descriptions of the rhinoceroses.”

The Jane Jacobs analogy is so good. This experience is familiar to somebody who has moved between cultures, and who tries to explain what one is like to somebody from the other.

I think that we can observe something like this in many of the library discussions about gaming and social networking. For somebody who has not internalized the experiences, the temptation is to assimilate it to some other part of their experience. As in “Oh, it is like ….”. But, thinking it is like something else means that you may have it a ‘little wrong’, and miss the real meaning. [The rhinoceros in the room]