Ask.com announced the demise of Bloglines a while ago. From October 1st the service will no longer exist. The rationale was twofold: first they wanted to focus on their core business, and second they described how the environment had changed ….

A little perspective: when we originally acquired Bloglines in 2005, RSS was in its infancy. The concept of “push” versus “search” around information consumption had become very real, and we were bullish about the opportunity Bloglines presented for our users. Flash forward to 2010. The Internet has undergone a major evolution. The real-time information RSS was so astute at delivering (primarily, blog feeds) is now gained through conversations, and consuming this information has become a social experience. As Steve Gillmor pointed out in TechCrunch last year , being locked in an RSS reader makes less and less sense to people as Twitter and Facebook dominate real-time information flow. Today RSS is the enabling technology – the infrastructure, the delivery system. RSS is a means to an end, not a consumer experience in and of itself. As a result, RSS aggregator usage has slowed significantly, and Bloglines isn’t the only service to feel the impact.. The writing is on the wall. [Bloglines update]

When I saw this I was reminded of the shift from sorting out supply to sorting out demand I have discussed recently.

As we have multiple channels of supply, the focus shifts to making demand more efficient. This happens through conversation as suggested above, through connections made through social environments, and through context (ranking/relating/recommending based on usage data).

Amazon offers a personal page which pulls together your recent activity and recommendations for you based on this. Recently, they announced an integration with Facebook.

They are using Facebook to provide additional context and community around items of shared interest, connecting through the ‘social objects‘ (books, movies, …) about which we disclose information.

I don’t provide a screenshot here, as the more interesting ones have details of my Facebook ‘friends’ on them.

The second is a browsing interface to Facebook pages. 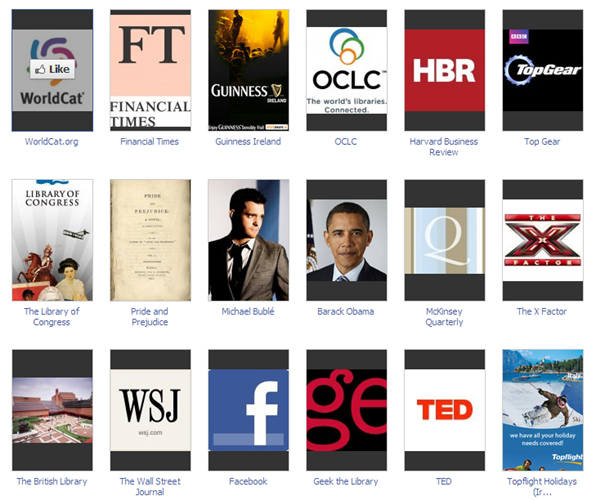 Today, it’s officially launching a Page Browser that suggests Pages you may be interested in, with an interface somewhat reminiscent of Netflix that allows you to filter by category. Suggestions are tailored based on pages you’ve previously ‘Liked’, and following a new Page simply entails clicking on its icon. [Facebook Wants You To ‘Like’ More Stuff, Officially Launches ‘Page Browser’]

These are early and evolving steps. The mention of Netflix is apt given its investment in this area also.

The rich texture of suggestion is getting richer ….