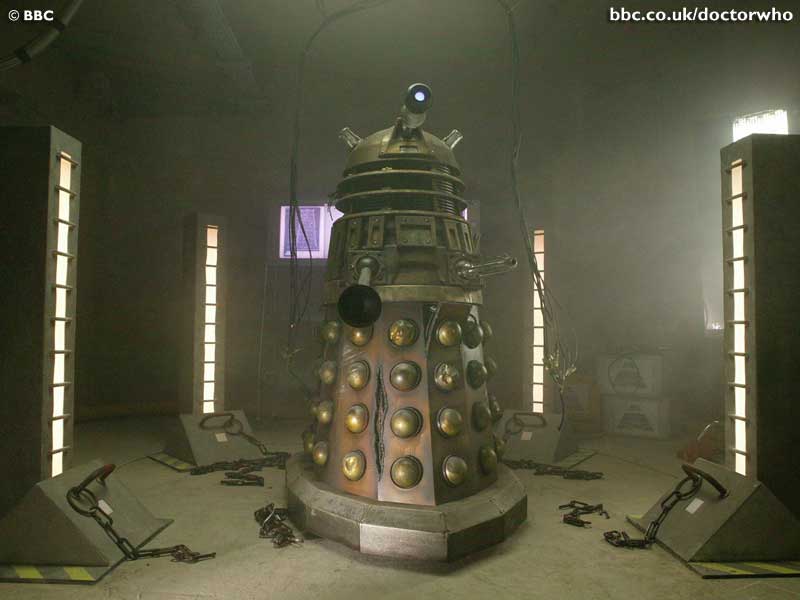 The remaking of Doctor Who by the BBC a while ago was a nostalgic moment for many. Certainly for me, who had grown up with it, it was. Although I have not yet seen an episode of the new version.
The BBC — radio and TV — has been a companion from early on. And now, the BBC website is a principal source of news and updates. A day punctuated by BBC news and current affairs is one of the things we most miss about living in the UK.
The BBC has had a more than usually complicated few years. Writing about a recent review of the BBC Charter, Howard Davies, Director of The London School of Economics, notes that “the BBC is so broad and deep that no manageable report can hope to do full justice to all its activities.” [pdf]
The range is indeed great and one is exposed only to a part of it. Take a specific example: see the depth of coverage of Glastonbury 2005. More generally consider the range of radio available on the web. Or the imaginative approaches they are taking to releasing content on the web.
So, my question is this: what is the story with BBC America? What is it for?
Yes, it is great to be able to see The Office, and some other drama and comedy. But the heavy presence of genteel lifestyle and makeover programs, the dated comedy, the routine game shows, and the absence of political or cultural programming, do not project a rounded sense of British life and living.
This is definitely not The World Service for TV. It does not seem to be a channel produced by the same people who can give one of their radio stations the tagline Intelligent speech. Or whose vision is “to be the most creative, trusted organisation in the world”.
Given the BBC brand, one expects some public purpose. I could not quickly find a discussion of the rationale or mission of the channel on its website. I did note that it is funded from advertizing, rather than from the license fee that funds UK programming (this is effectively a national tax on TV viewers).
If this is primarily a revenue-making exercise, then it seems a shame to put it out under a BBC label.
A library note: One of the staples of the intelligent speech station, Radio 4, is the long running soap opera The Archers. This features a rural community centred on a country village. A community, you would expect, that would be heavy library users, that might, even, enjoy the services of a mobile library. However, in all the years I listened to it, I never heard of one mention of the library. A definite marketing opportunity there!